Insecurity: The Fuel of Relational Conflict 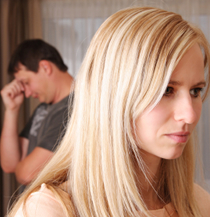 One of the core components of reactivity and defensiveness is personal insecurity. I work with individuals that often share how family or friends are often reactive relative to them. The difficulty with defensive individuals is that they feel they are just protecting themselves from another, that their defensiveness with their spouse or teen or coworker is merely a function of their defending how they are right.

What I have found in working with scores of clients over the years, is that defensiveness is really a loud cue that one has had an insecurity touched or exposed and the reactivity is not necessarily about being right. So, individuals that are defensive and reactive to others in their relationships often see others as an extension of themselves. Now, I am not claiming they see others as a leg or arm but rather as an emotional extension. When these insecure individuals are challenged or given feedback they react defensively and in an effort to hide the deeper seeded insecurity. Part of helping couples abate and curb chronic conflict is by helping them not only attend to each other emotionally but to help them as individuals become more aware of who they are and develop a personal internal sense of security with themselves.

For example, a couple I worked with told me how of one such incident: the husband came into the kitchen and asked his wife in a jovial way where all the brownies went by saying, “Hey, honey (with a smile), did you eat all my brownies?”. His wife responded defensively with, “What, what are you trying to say, I am fat?” Upon our discussion in session, the woman told me she felt her husband was saying she was fat and that he was being sarcastic with her. After exploring the husbands view, he stated he was not concerned or commenting on her weight but where his brownies were! His wife was in dance in high school and due to her own family of origin issues was highly insecure to any comments or views by others around her weight. Her insecurity led to other fears and faulty perceptions of others and a small sense of inner-core insecurity snowballed into other insecurities. In time, the wife found other comments by her husband as critical and responded defensively. The brownies are irrelevant here and so is her weight; the key here is inner insecurities fuel hypersensitivity to be overly worried about the thoughts, words, and actions of others.

Allowing others to have their own thoughts and feelings while still being secure enough in yourself and your thoughts to not see them or their thoughts as an extension of yours as they are not! So, again, defensiveness and reactivity are a sign of inner insecurity. Working on yourself and come to terms with who you are, what you do, and who you are becoming can aid you in better being centered and balanced and assist you in less reactivity and defensiveness in your relationships.

Copyright: No part of this article in section or full may be reproduced without permission from the author Justin Stum, MS LMFT. The one and only exception is for educational purposes and only if the contact information below for the author is fully cited here in article. Justin Stum, MS LMFT, 640 E. 700 S., Suite 103, St. George Utah 84770 435-574-9193, https://www.justinstum.com