Relationships and Perception: Are You Sure? 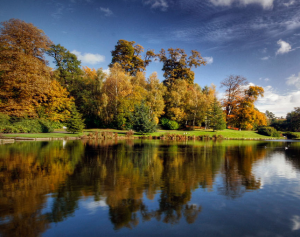 I work with individuals and couples weekly that seek help in my office for relationship challenges. Some arrive due to issues of trust and infidelity while others are seeking answers to issues that stem from their families they grew up in. Most individuals, healthy or not, seem to battle or engage in a phenomenon that is present almost from birth, the element of perception.

Perception is the reality of ones seeing or experiencing a reality that to them is real and grounded in truth. What one experiences as truth, or as real, may in fact be simply a perception they experience based on their history and may not be observable or felt by others in the relationship. Let me illustrated by an example.

Jennifer is in a disagreement with her husband Rob. They both have had frustration around his hobbies and activities outside the marriage. Jennifer is often irritated as she feels that Rob does not and has not given her the time she deserves when they are both home and have opportunities after work to spend together. Rob often reports that she is a nag and that she harangues him often for not doing or being enough for her. From Rob’s vantage point, he is doing what his dad and brothers did following work, head out and spend time hunting or scouting out areas of the outback. Rob’s reality is that he’s doing what most men do, spend time in hobbies after work. He often says to himself, “She’s such a pain. It’s like I come home and there she is, ready to complain the first moment she sees that I may have plans that don’t involve her.” or he’ll say “Jen’s always so needy” or “She expects me to be perfect”. Rob often makes room in his own cognitive process to make these judgements and in so doing is unable to see beyond his most immediate reaction/response to what Jennifer is saying. He is quick to conclude that she is ‘this’ or ‘that’ and then prematurely sticks with that thought and in the coming moments begins to think up and support why that thought is correct or ‘right’ in his own mind. This happens often so that he can justify and avoid her feedback with hopes that he’ll be able to continue his activities. He too quickly feels Jen’s perception and experience is flawed and that his reality is the be all end all truth, thus completely closing off the reality and experience that Jen is having.

A legendary Vietnamese Zen master, Thich Nhat Hanh, offers some ideas that are quite profound as well that apply here. He suggests that individuals need to more often ask, “Am I Sure?” before they solidify and believe their own immediate perceptions.

For example, the judgment, “she’s just demanding” or “she’s a pain” goes beyond the facts “she is upset and she wants more attention from me.” Rob is too caught up in judgement and in this moment is not really emotionally present but instead jumping to claims in his own mind that become a reality and he ends up reacting off of them with defensiveness with Jenn. Rob came to realize in time that he was infact not listening to Jenn but instead was operating off a perception that became his reality. With help, he was able to come to slow down his process and speak and listen with his heart. His old habits of being caught up in blaming her and finding fault were replaced with his newfound ability to consider what he was unable to see, her perception, her reality, her experience. Now, that being said, Rob has a reality and an experience as well. This is not simply about his not listening and him needing too. This is far deeper than that. This is about his positioning his heart in a manner that was conducive to his looking beyond and attempting to understand her independent of whether or not he agrees with her. It is the mutual understanding in relationships not the agreement that fuels and lends to healthy bonding and attachment.

So, how might you ensure you are perceiving reality in your relationships?

Copyright: No part of this article in section or full may be reproduced without permission from the author Justin Stum, MS LMFT. The one and only exception is for educational purposes and only if the contact information below for the author is fully cited here in article. Justin Stum, MS LMFT, 640 E. 700. Suite 103, St. George Utah 84770, 435-574-9193 https://www.justinstum.com