What Is It Most Women Really Want?

Many of my clients, both men and women, come to counseling seeking understanding and curbing of symptoms in their marriages and/or families. Most have their own stories, own perceptions, and own histories. Human beings are complex individuals with relationship histories and pasts that make each one of us all our own. As I have worked with people and guided them to harmony and peace in relationships, I have found a few common threads that are not in every person but seem to be common in most. 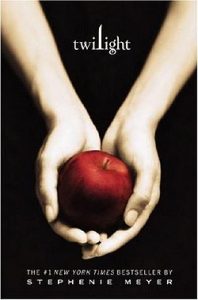 It was some years ago when I saw the first trailer on television for the movie Twilight. I remember thinking, “What is this movie and why are so many women lined up for hundreds of feet outside theaters to see it?” I guessed there must be some thematic elements that really touched a key element of women and their needs and hopes in men they are someday hoping to have or are already with. Stephenie Meyer, clearly wrote a book about vampires and the paranormal, woven around a love story fraught with sexual tension, drama, and she set it all in high school. In seeing the movie Twilight, I did find a few things common in the film that most women in struggling marriages also want. Now with that stated, I must add that the nature of relationships in that film are grossly over-amplified and unhealthy … after all, it is Hollywood and this film is by far NOT a template for healthy relationships yet I do want to draw out some of the threads from the movie that I have found in my work with women that I feel are salient for discussion with respect to what many women are seeking.

Women Want To Be Cherished

So what does being cherished mean? It means she is valued and honored. Things you cherish you typically keep safe and treat with care and respect. Most women want to feel that they are valued, that their husbands have a deep sense of love for them. Often in marriages that are relationally weak or that are conflict-laden these women feel unloved, mistreated, or not cherished at all. In order for husbands to truly cherish their wives they often need to emotionally and cognitively move themselves into a position of seeing their spouse differently. Not citing and focusing on the past weaknesses, but instead seeing her strengths and attributes, the ones he likely married her for. If you are looking to cherish your wife, start refocusing on the attributes or core elements of what makes her beautiful and when speaking with her begin to honor and remember those. It will lead you most assuredly to cherishing and valuing her.

Women Want To Be Fought For And Protected

Movies are fraught with scenes where men are fighting for women. The Princess Bride, Twilight, Pride and Prejudice and others are packed with elements of romance and protection. Most women want their man to protect them. How do men protected their spouse? They do so on several fronts. Most men do not need to protect from physical danger or threats but can and need to be protecting her. Often protecting her from the weaker parts of themselves is the most difficult thing for men to do. Interesting concept isn’t it? Men needing to protect their wives from the weaker parts of themselves. Men attempting and working to protect their spouse from their temper, anger, reactivity, emotional rigidity, etc can and will in fact be protecting. Men who do not allow anything to get in the way of their relationship with their wife and I mean anything will have a spouse that feels fought for … not letting work, not old flames, not hobbies, not church, not anything get in the way of the relationship. If you want your wife to feel fought for and protected then ensure you are her greatest protector.

Women Want to To Be Taken On A Journey

Do women like nice men? Yes, of course they do but most women don’t want to marry a man because he is simply a nice guy. I’ve heard women talk about nice guys as weak and listless. Women want men that are strong yet also assertive and are going somewhere. Men that attempt to ride on their being ‘nice guys’ won’t get far in their relationships because being nice is only a small part of what women want. Many women want a man that can align with them and do something with their life, men that are going somewhere. I am not saying you need have a 10-year college track prepared or be a CEO to be going somewhere either. I want to be clear here that your having a plan and working your plan confidently is what women are most often seeking. They don’t want a man that is drifting and unsure where he is headed emotionally, financially, or spiritually.

The One And Only

Women want to be their man’s one-and-only. They don’t want to fight for his attention. Now, I am not inferring that men always need to be hand-and-foot following her around the house and listening to her every word but women want their lovers to love them deeply enough to be his one and only. What does this mean? It means that other women, albeit beautiful do not captivate him. Women who are cherished and the one and only to their husbands don’t have men who’s eyes are often ‘wandering’. Men who let hobbies, male or female friends, online gaming, heavy church involvement, hours of facebook, etc get in the way of their spouse often put the stumbling block before their lover, their wife. Women who are number one for their husband don’t support men that spent time gazing into the electronic corridors of online pornography or put up with their man flirting with other coworkers. If a woman is to be her man’s one and only she will need to see it in his speech, demeanor, and behavior toward her, whether she is present or not. Men and women don’t marry merely to be second rate to other ‘things’.

If your man is not sure what you want or need don’t wait for him to figure it out, men don’t read minds. Speak with him about your needs and do so in a manner that he can ‘hear’ you. Speaking in a manner that will assist him in hearing you will help ensure he does not interpret it as ‘complaining’.

Marriages can be a dynamic and beautifully passionate relationship when spouses are protected, cherished, honored as the one-and-only, and taken on a journey.

Copyright: No part of this article in section or full may be reproduced without permission from the author Justin Stum, MS LMFT. The one and only exception is for educational purposes and only if the contact information below for the author is fully cited here in article. Justin Stum, MS LMFT, 640 E 700 S, Suite 103, St. George Utah 84770, 435.574.9193 https://www.justinstum.com